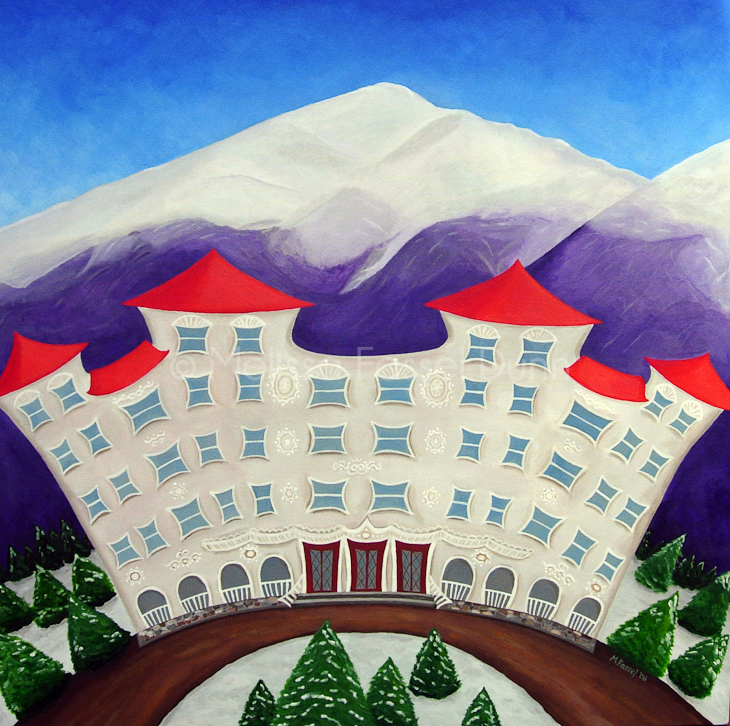 In 2001, my boyfriend (now my husband) took me to the White Mountains for the first time. I was blown away that a place so remote and stunning could be located a mere three hours from the big city of Boston. In 2004, we visited together again, with my sister and dad, renting a condo for a few days in July. We made the ascent to Mt. Washington (in a vehicle!) and later, lunched at the stunning and timeless Mt. Washington Hotel. We were hooked. Several months later, we bought our own condo, and a few years later, I painted a whimsical version of the Mt. Washington Hotel, which now adorns its walls. 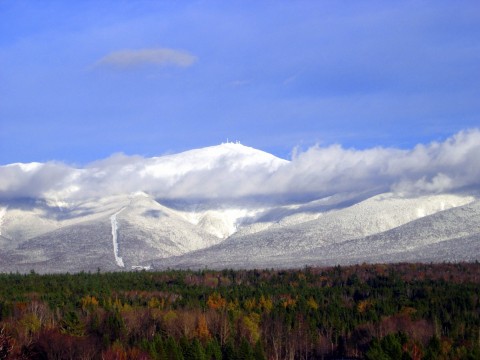 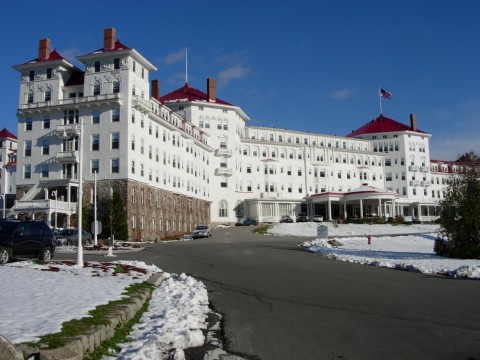 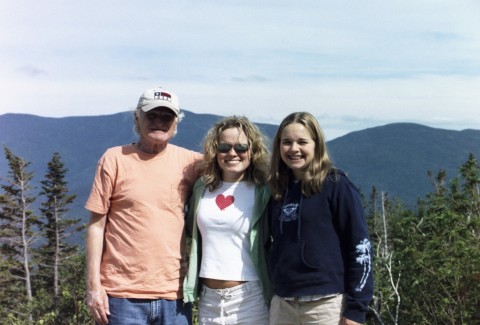 Trip to NH with Dad and Courtnei. Auto-Photo by Melissa Fassel Dunn 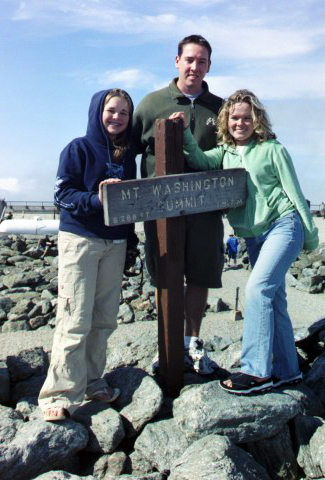 Melissa, Pete, and Courtnei at the Mt. Washington Summit. Photo by Lee Fassel (my dad)

Mount Washington is the highest peak in the Northeastern United States at 6,288 feet.

Purchase this Painting or Print