It’s been a while (over a month, actually!) since my last blog post, but it’s not for a lack of painting. I’ve been working hard on my Bit O’Boston painting, which has been bittersweet, given the Boston Marathon events just over two weeks ago. Below are some photos of the progression. As you can see, my focus as of late has been the TD BankNorth Garden. I’m just about finished with it and I’ve fallen in love with the way it’s turning out. 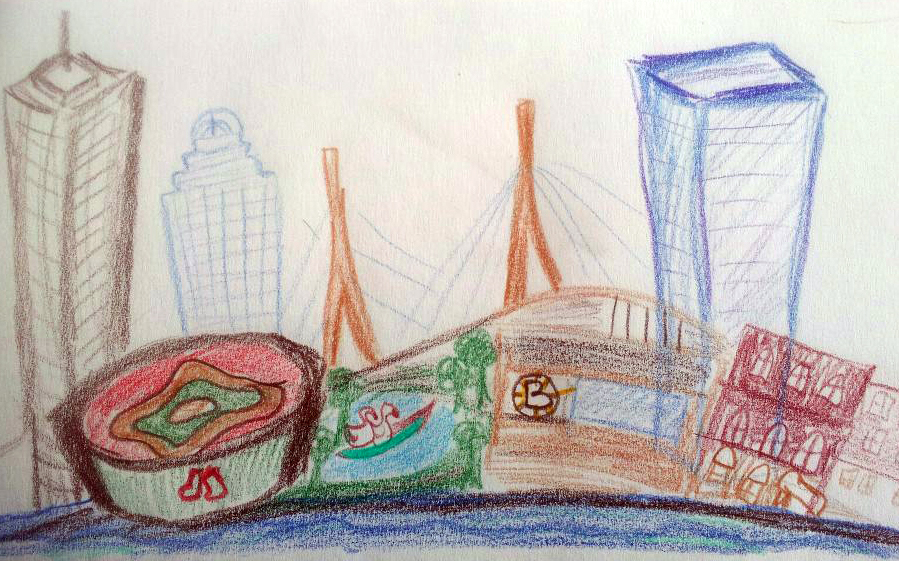 I started out by sketching the concept on a 16×24″ canvas, and put down just a little paint. 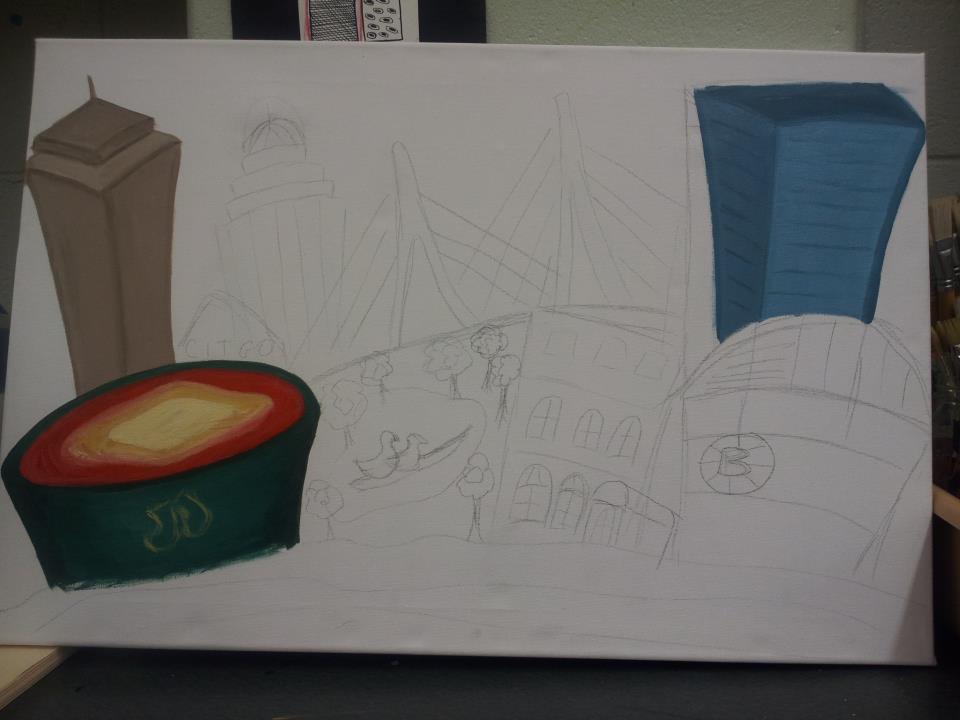 Added a bit more paint, and started conceptualizing the duck boats in the pond. 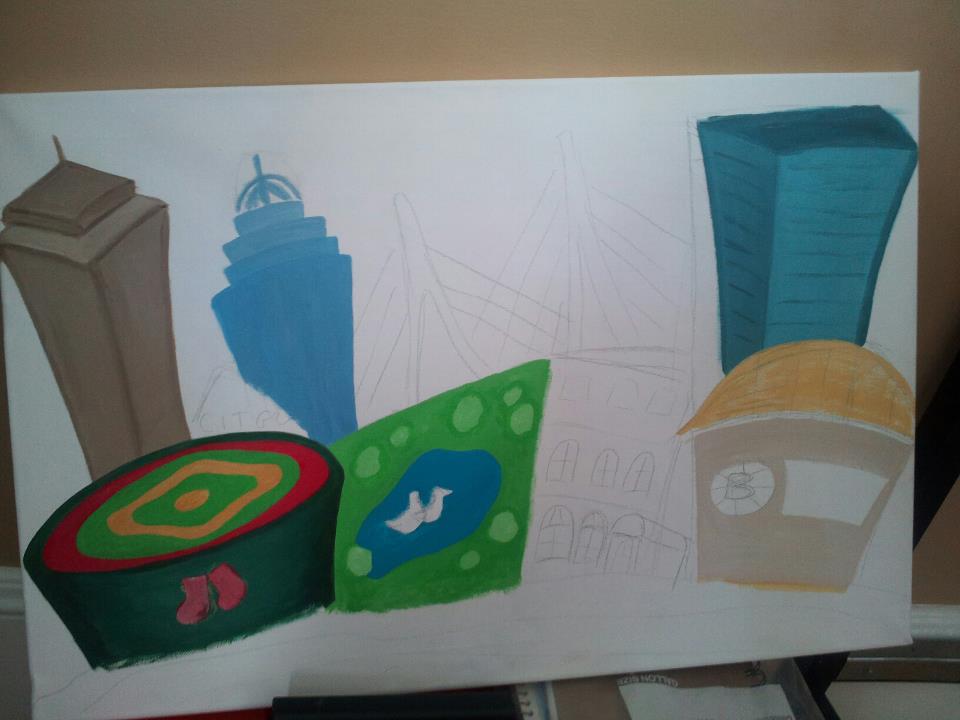 I got a bit tired of seeing all the white of the canvas, so I added some sky and some windows on the Prudential Center. 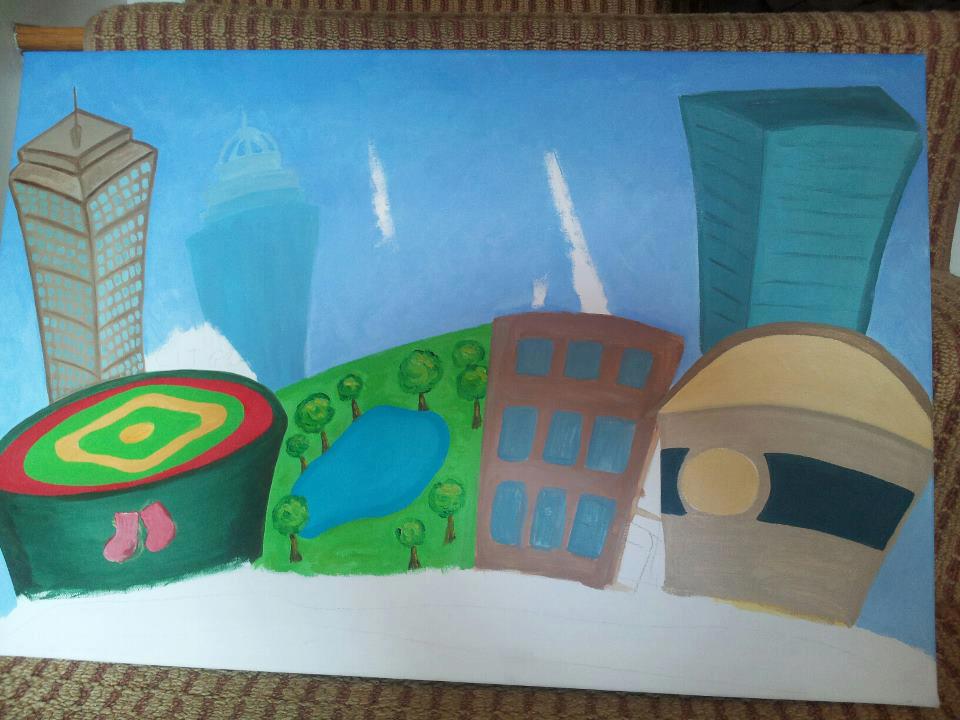 I moved on to TD Bank North Garden, home of the Boston Bruins and worked on the B’s logo.